This is Not How You Fix the Abuse Crisis

Dr. Ed Peters has Some reactions to Mary Eberstadt’s essay. Her main comment that peaks his interest, and mine, is the following:

Mary Eberstadt: “Nothing is less useful to the ministry than preying on the young. Individual cases and secular studies have shown that childhood sexual abuse increases the risk of becoming an abuser. Whether that causal connection rises to the level of a “perpetual impediment” to ordination, to use the language of Canon 1040, is for lawyers to decide. For the rest of us, it is enough to know that if seminaries had screened for a history of childhood sexual abuse, the ledger of the past several decades might have been radically different.” [The Elephant in the Sacristy, Revisited]

Peters is open to this idea:

Ed Peters: “Substantively, Eberstadt seems open to the idea that one’s status as a victim of some circumstance (here, having been sexually abused) should impact one’s right to be considered for holy orders. I also am open to considering that proposition but we should be clear that that is where Eberstadt’s idea leads.”

The proposal is that candidates to the seminary would be screened, by interviews and by psychological testing, I suppose, to find out if they have been sexually abused. Then the victims of abuse would be prohibited from ordination. This post will explain why that idea is ignorant, harmful to the Church, and offensive to God.

First, a large percentage of men have been sexually abused as minors. One study found that 14% of men and 32% of women reported having been sexually abused as minors. [1] Organizations that work with abuse survivors often say that 1 in 6 boys (16.7%) and 1 in 4 girls (25%) will be sexually abused. [2] From my own work with abuse victims, I know that the sexual abuse of boys is underreported. The figure for boys may be 20% or higher. In some developing nations and a few developed nations, the percent of boys and girls who are abused is higher. [7]

So if the Church prohibits victims of abuse from becoming priests, you reduce your candidate pool by 14 to 20%. That would be very foolish, given the priest shortage, unless there were a compelling reason. (There is not a compelling reason, as shown below, since this approach will not work.)

Second, in some nations, cultural factors lead victims to refuse to disclose abuse, while in other nations, disclosure is more likely. This would bias the selection of candidates, since men would be disproportionately excluded in some nations as compared to others.

Third, most victims of abuse do not become abusers. A meta-analysis of 37 studies involving 25,367 people found that the likelihood of a “victim-perpetrator cycle” — the childhood victim grows up to become an abuser — was 16%. So 84% of abuse victims do not become abusers. [3] Should we discard 84 candidates fit for the priesthood, in order to remove 14 unfit candidates along with them? No, we should not.

Fourth, most abuse perpetrators were never abused themselves. About 28% of perpetrators of child sexual abuse were abused as children. [4] So the proposal in question would miss 72% of abusers, and then 84% of those removed would be innocent victims of abuse who are not also abusers.

Fifth, have you heard of the concept of justice? Eberstadt and Peters wish to treat victims of childhood sexual abuse as if they were all potential perpetrators! Can either of these two thinkers hear themselves speaking? It is merciless and unjust before the eyes of God to treat victims of abuse as if they were dangerous perpetrators. The end does not justify the means. It is unjust to prohibit a man from serving God and Church, because he was a victim of abuse.

It is like prohibiting someone from becoming a police officer, if he was the victim of a crime.

Sixth, if the leaders of the Church removed abusers promptly and protected children under their care, the number of victims would be greatly reduced, much more so than by the Eberstadt and Peters proposal.

Seventh, I’ve worked with hundreds of abuse victims. They are wonderful human persons. I can’t imagine the Church deciding to treat them as if they were guilty of a serious crime for being victims of a serious crime.

I worked with sexually abused children and teens for 2 years, many years ago. It was a teaching unit of a hospital associated with a medical school. The lowly floor staff (myself included) had weekly supervision meetings with psychiatrists, psychologists, and therapists. Those meetings were instructive. The professional staff discussed their evaluation of the patients. As a diagnostic unit, the patients were there for about three weeks, and then they went home, or to another placement.

I learned things working there that give me a different point of view on the clergy abuse crisis. I was never abused by anyone, clergy or otherwise. But I’ve worked with at least a couple of hundred victims of abuse, and I was instructed in their cases by the professional staff. Here’s what I know that most commentators on the abuse crisis do not know:

Most men who abuse boys are neither pedophiles or homosexuals. They are heterosexual men, acting contrary to their own orientation. Most adult male abusers do not care whether they abuse boys or girls or both. They treat victims like objects, and objects do not have gender.

The typical abuser in society is a heterosexual male who treats victims like genderless objects. If you remove all homosexuals from the priesthood and the seminary, a daunting task, you will not end the clergy abuse crisis. Perhaps gay men should not be priests for other reasons. But most gay men are not child abusers, and most men who abuse boys are not gay men. [5]

The assumption that a man who abuses boys must be a gay man is ignorant. This is what happens under the current paradigm of the conservative Catholic subculture. Each individual conservative Catholic is seen as competent to judge all things, just because he or she is conservative. Individuals do not seek learning, and do not accept correction. And whatever they happen to think is immediately posted online, without much thought or investigation.

Apart from his fascination with the Eberstadt proposal, Dr. Peters has his own additional even-worse idea.

There is no such intermediate step. The vast majority of abusers are not gay. The vast majority of men who abuse boys are not gay. Gay abusers are in the range of 0 to 3.1%, according to this study: [5]. So homosexuality “whether it arises from earlier victimization or from some other cause” is not an intermediate step on the way to becoming an abuser. Also, victimization does not turn boys gay, and neither does it turn innocent victims into abusers.

I’ve worked with many boys who were abused by men. They do not turn gay. They do not turn into abusers. I’ve learned about many abusers, once we found out who was abusing each patient, and the vast majority of men who abuse boys have adult sexual relationships with women. Moreover, most gay men were not abused as children. [6]

It would have taken Peters an hour to look through different studies available on the internet (scholar.google.com) and learn that his proposal is based on false premises. Instead of researching the subject, he writes an ignorant article setting forth a proposal to the worldwide Church that would affect a large number of men called to the priesthood. Why bother thinking when you have a keyboard and a blog? “I think this. Wait! Now I think that. [Type, type, type.]” These same persons think they should be judging the Pope and making decisions for the entire Church, conservative Catholic leaders who opine on every subject, without research, without theological arguments, without humility or submission to Church authority.

Edited to add: “Sex-offending clergy frequently report that they victimize boys (even if they report being heterosexual) because boys are a victim of convenience (Plante, 2004). They often report that they have ready access to and trust with boys rather than girls.” [8]

One study found that 22% of candidates to the priesthood self-identified as being gay; 78% as straight. [8] 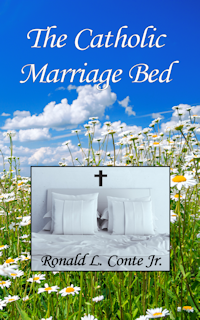